The 7th Meeting of the EAC Sectoral Council on Environment and Natural Resources Management which met in Dodoma, Tanzania further directed Partner States that have not completely banned the single use plastic and plastic carrier bags to do so urgently.

So far, Burundi, Kenya, Rwanda and Tanzania have fully enforced the ban on the manufacture of single use plastic and plastic carrier bags.

The Sectoral Council further adopted the EAC Comprehensive Action Plan on Disaster Risk Reduction and directed the Secretariat to expedite its implementation.

The Council was, among other things, informed that in implementing the SFDRR, the overall disaster risk had generally increased in the EAC region in recent years.

Further, mortalities from biological and hydro-meteorological hazards remained stable but the number of people affected by disasters dropped from 32 million to 1.5 million.

The Sectoral Council further heard that the direct economic impact of disasters in the EAC dropped from US1.8 million to US$483,600 over the period with Kenya and Tanzania sustaining the highest economic losses.

The Council was informed that massive impact had been noted including landslides, floods and drought on health, educational and transportation systems.

The Sectoral Council further adopted the final Draft EAC Forestry Policy and EAC Forestry Strategy (2020/21 – 2031/32), which strategy is expected to address the social and environmental impact and investment gap in the forest sector.

The Council observed that the EAC Forestry Policy and Strategy will support Partner States in embracing landscape approach as one of the vehicles for achieving multiple objectives of biodiversity conservation, resilient and productive forest ecosystems, improvement of livelihoods, and mitigation of climate change.

The landscape approach to conservation refers to balancing competing land use demands in a way that is best for human well-being and the environment. It means creating solutions that consider food and livelihoods, rights, restoration and progress towards climate and development goals.

The meeting noted that the validated draft EAC Forestry Policy and Strategy would also enhance and strengthen coordination of programmes on natural resource conservation and initiatives supported by the respective Conventions and regional agreements. 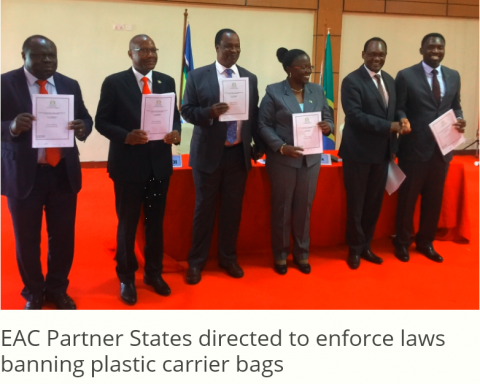